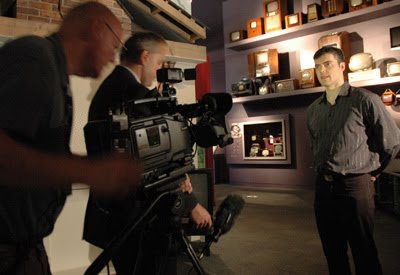 I was summoned to the TV gallery by our marketing team last Friday—and found Curator of Television Iain Baird chatting into a camera for a BBC crew.

Iain was being interviewed for a report by BBC Breakfast about the final days of mass television manufacture in the UK—you can see the film up on the BBC’s website today. End of the line for British TVs is timed to coincide with the last TV rolling off the production line at Toshiba’s Plymouth factory, which is being closed after 28 years in operation.

Iain (who, if the surname hasn’t given it away already, is the grandson of television inventor John Logie Baird) takes the opportunity to show off some of the grand old British-made televisions in our collection, including the iconic Keracolor Sphere and the original 40-guinea Baird Televisor. The latter, as Iain tells the BBC, was exhibited in London on an aspidistra-covered stand, ‘to show it was a non-threatening technology and quite safe to approach’. 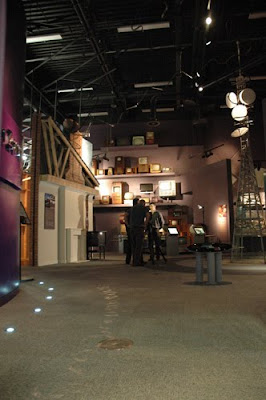 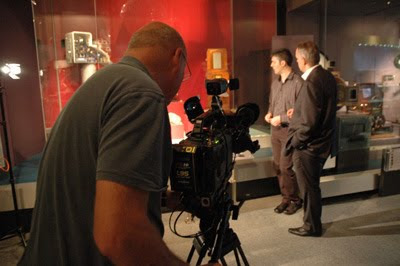