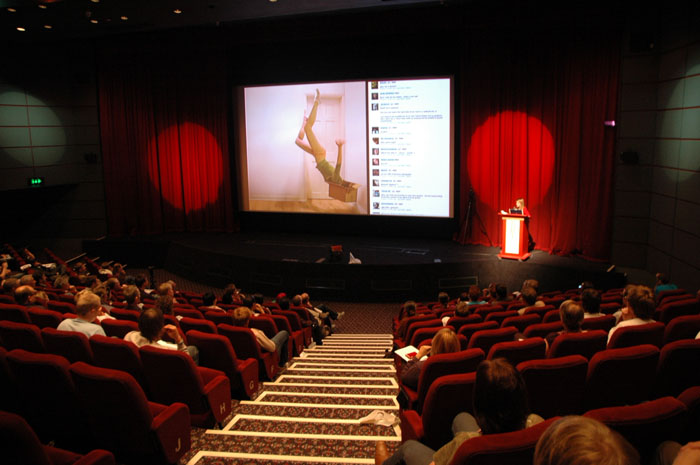 Photocamp is underway as I write!

What is Photocamp? As Event Manager Jon Eland put it in his introductory talk, it’s simply ‘a group of people who enjoy getting together to share photography’.

Day one, chock-full of talks and workshops on everything from male portraiture to making your own camera (in just 45 minutes!), is here at the museum today (5 September 2009); tomorrow, there’s a similarly packed day at Bradford’s Impressions Gallery.

11.17: Just come out of the keynote talk from Natalie Dybisz, aka Miss Aniela, who became a celebrated—and exhibited—photographer after posting her self-portraits on Flickr, most famously her ‘clone’ shots with multiple Miss Anielas in one image. Natalie kept the audience rapt with a rolling slideshow of her beautiful work, and questioned how such images—and the output of other ‘untrained’ artists—fits into traditional definitions of photography. She’s back later today to run a workshop on compositing. 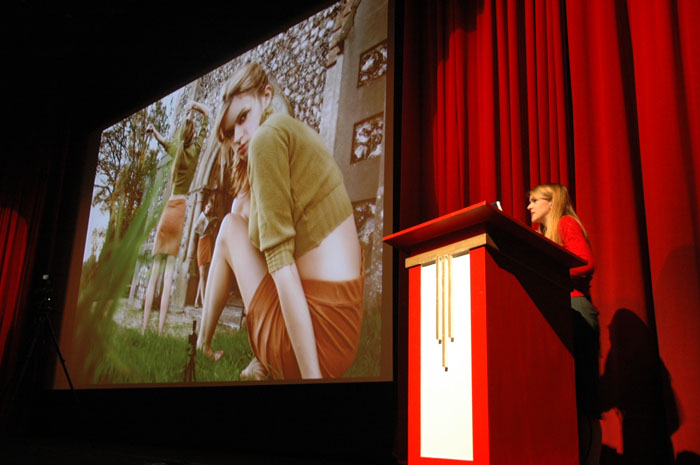 12:19: It’s not often you walk through a door and find a room filled with grown-ups doing colouring-in. But that’s exactly what happened to me when I stumbled upon the ‘Make a Camera in 45 Minutes’ session, run by Mike Wallis. Mike’s 20-or-so attendees were up to step 4 of his 16-step guide to making a pinhole camera: using a marker pen to black out the inside of the matchbox camera casing, preventing light bouncing around inside. The group will be around the museum later, snapping away with their finished products—the result (judging by the pre-prepared examples Mike showed me) should be some wonderfully dreamy, light-drenched photographs. 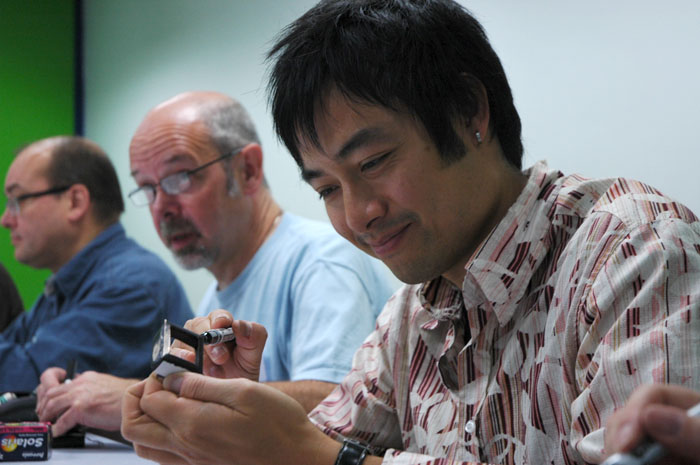 Alex Wolf was busy next door with her talk about Project 365—the aim of which is to get Flickr users to take one photograph every day for a year. I walked in just as Alex was introducing the group to one Project 365er’s photos of the bizarrely exciting social life of a plush toy (not pictured, sadly.) 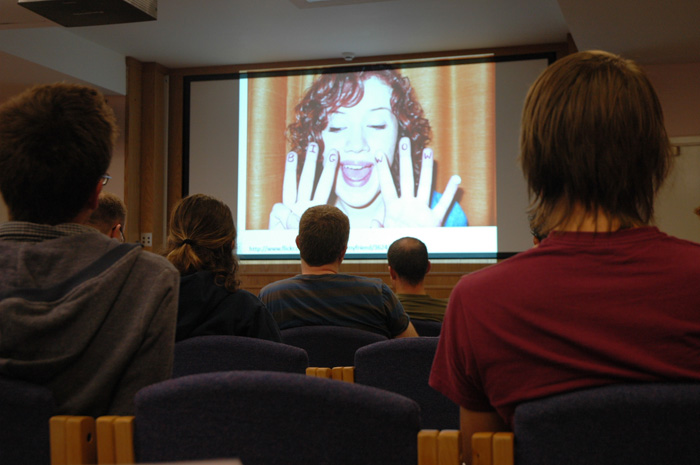 And I burst into Gallery 2 just as our Curator of Photographic Technology, Colin Harding, was finishing his guided tour of our Don McCullin exhibition. Here he is after a job well done. 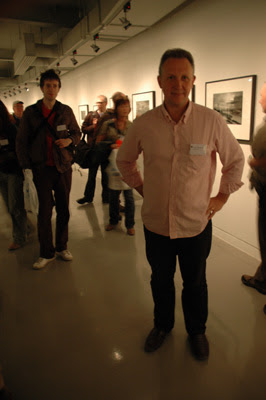 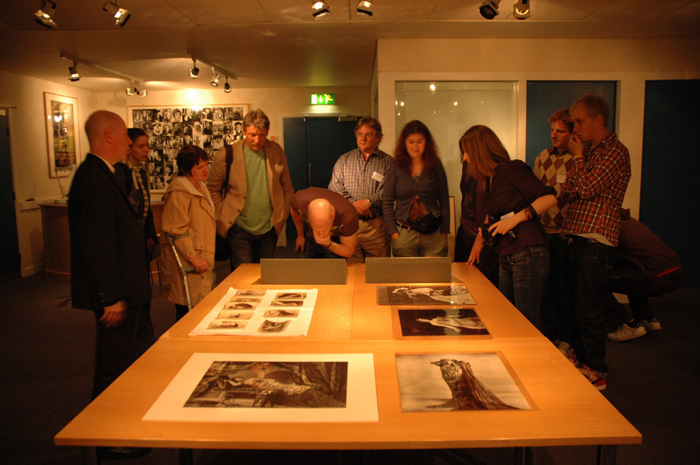 Meanwhile, our very own Peer Lawther was describing our successes on Flickr Commons, particularly the World War I photographs of Frank Hurley, which prompted lively discussions among bloggers about the practice of doctoring photographs of war. 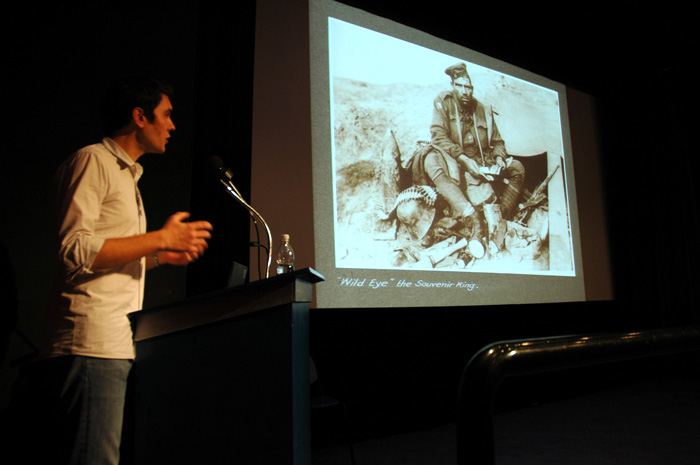 I was ambushed when I walked in on ‘How to Make Your Model Look Good’, hosted by Anne Akers. She was showing how to test colours on models using a range of fabrics—and I had the cameras turned on me for a change as Anne decorated me with bright green material. The session blossomed into one of the busiest and friendliest sessions of the day, a free-for-all of rainbow-decorated models and snapping cameras. 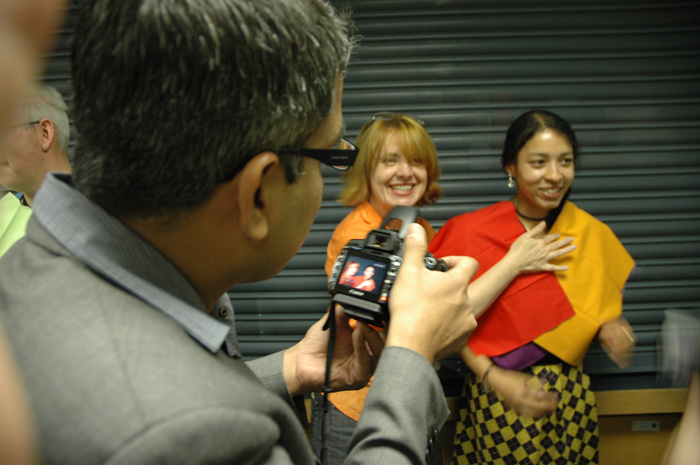 15.44: While practically every single attendee was busy picking up tips from Natalie Dybisz’s composition masterclass, Peer, Fozia and I were next door judging ‘Printswap’—the gallery of prints brought in by the Photocampers. It wasn’t easy picking just three photos from a range that included black-and-white, colour, panoramic, posed, landscapes, HDR, and an impossibly cute kitten. But we hopefully made four people (we added one Highly Commended award) very happy. Worried about the reaction of the other 70, I ran off to… 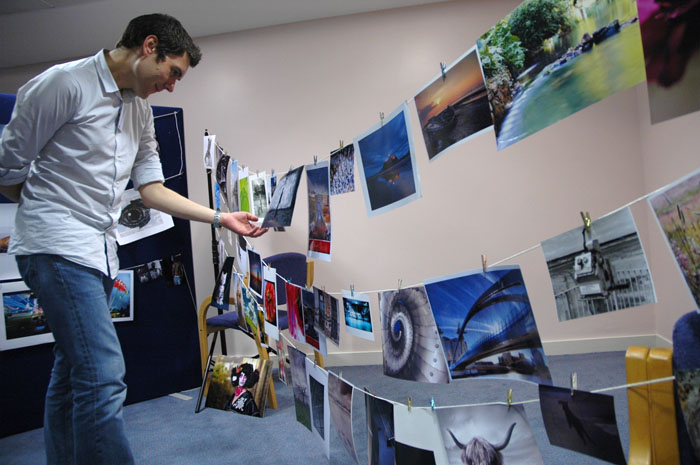 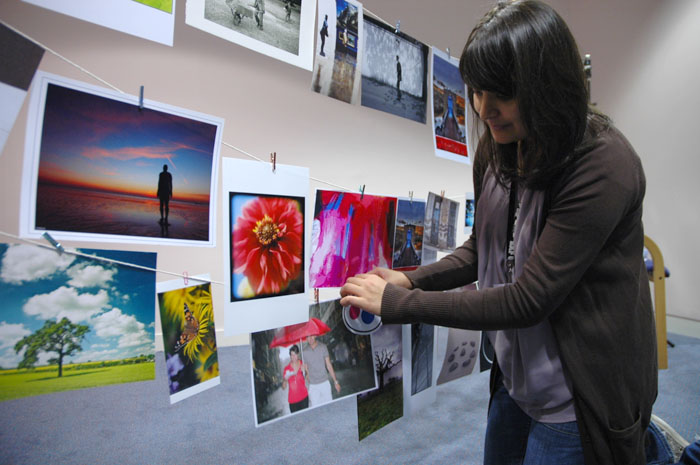 … Colin Harding’s guided tour of our Don Selects… collection. Don McCullin visited Insight earlier in the year to personally select photographs from our collections, showing how 19th century photographers collected images of Mediterranean archaeological sites. You can browse the photos he selected on Flickr—but this was a rare chance for our Photocamp attendees to see the selection in real life and up close. 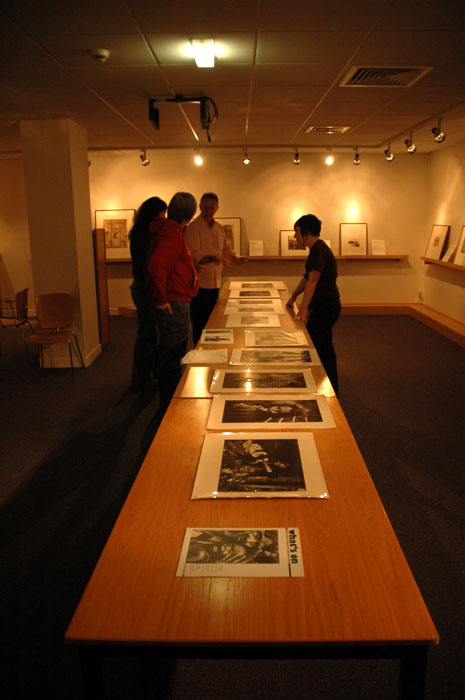 17.17: ‘Play at Photocamp’ always sounded like it was going to be good. Led by Kristy Noble and Amy Lord, this session was inspired by Andy Lock’s Lost Horizons, a strangely forlorn set of images where tiny figurines are dwarfed by their environment. Within minutes, Kristy and Amy had everyone scooching down on the floor to snap away at plastic soldiers guarding coffee cups and toy dinosaurs looming over toy cars. An appropriately playful end to the day. 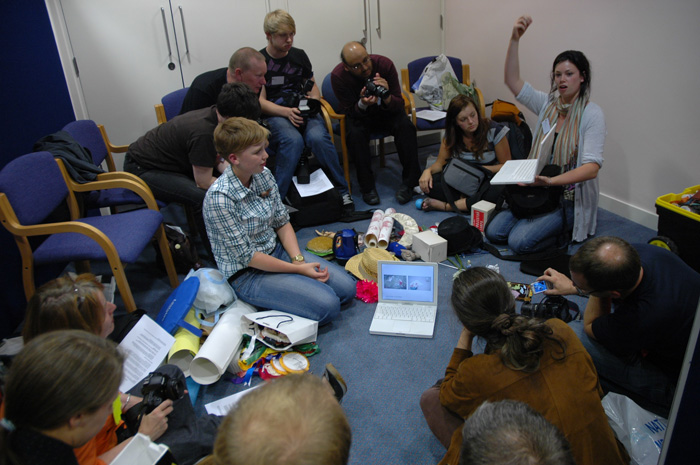 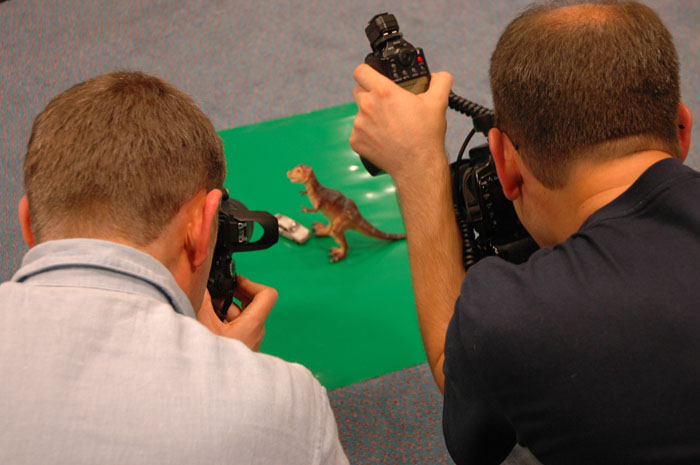 17:58: That’s it for the day! Thanks to everyone who came along. And talking of everyone—here they are. (See what the audience saw with dakegra’s Flickr photo.) 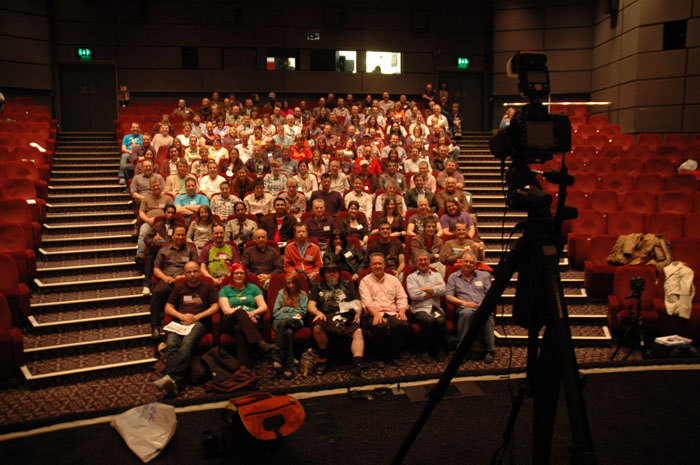