On Wednesday the museum made a real landmark achievement: we broke a world record—for the number of people playing Nintendo DS games simultaneously in the same place for 10 minutes.

The record was previously held by the MCM Expo in London with 586 DS players. We beat their record with an impressive 659 gamers. Here’s the video to prove it…

We opened the doors for registration at 10.00 and saw hundreds of people flock to the museum throughout the day to enjoy a barbeque, have their face painted, try their hand at big-screen gaming in our cinema, join in with family events, and watch Toy Story 3D in our IMAX theatre. But most importantly, they were there to sign up for the World Record attempt that evening.

We were joined by Real Radio, who pumped out the latest chart hits from the balcony above the Media Wall. Presenter Dixie was our compère for the day, and he did a grand job of rallying up the crowd and telling them where to go and when to be there.

Super Mario himself arrived at around 15.00 to the delight of all the kids who converged upon the Nintendo icon for hugs and photographs as soon as they caught sight of him. 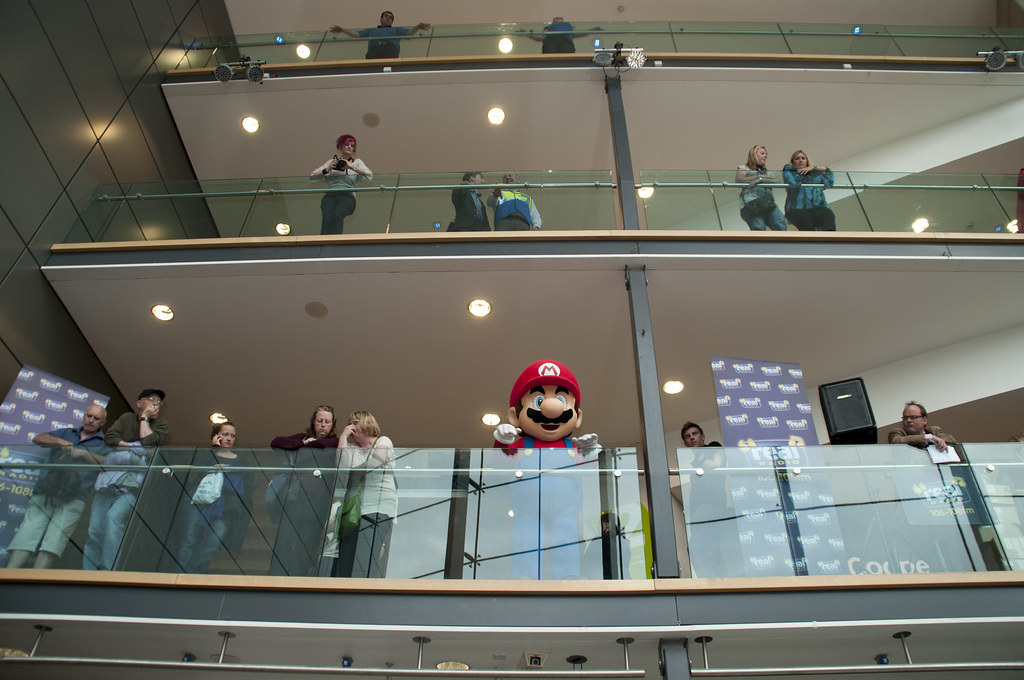 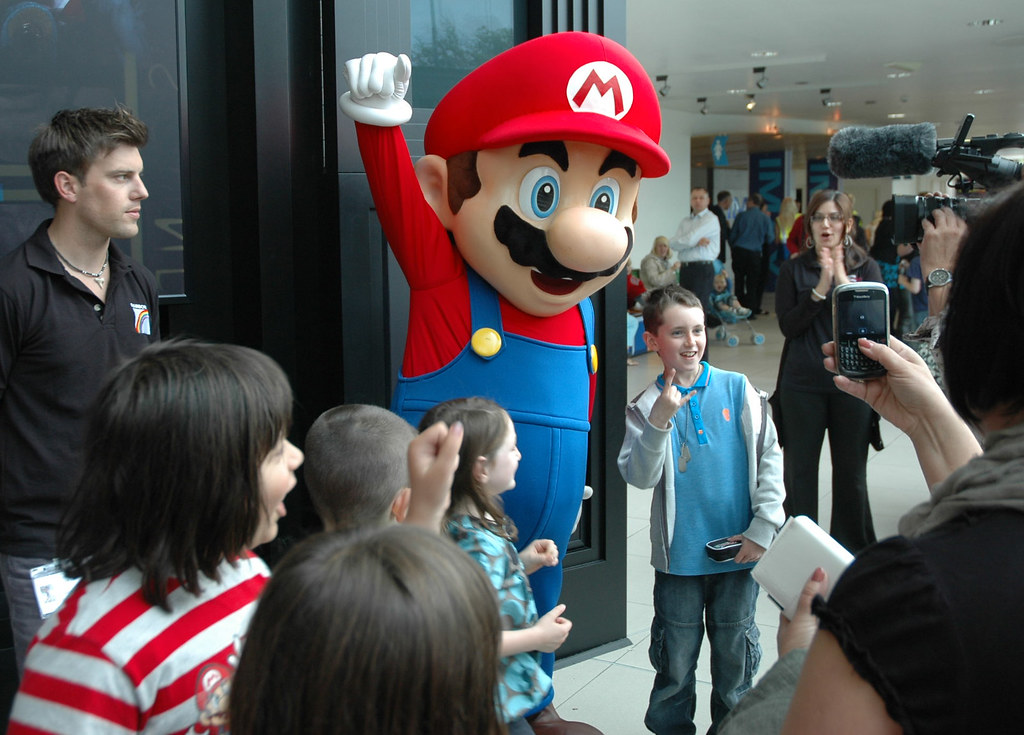 We also welcomed some of the Bradford Bulls and local PCSOs to help us supervise the event; Bulls Chief Executive Ryan Ducket and gaming guru Charles Cecil, who were official invigilators; and Gaz Deaves, Gaming Editor of Guinness World Records, who was there to make sure everything was above board, and of course, to present us with our certificate when we claimed victory.

It was fantastic to see so many people come down to the museum to be part of the attempt—so many that they spilled out to the front of the building—but that’s not to say it was easy to pull together. Our event coordinators Kat Martin, Elaine Richmond and Sophie Choudry certainly had one or two sleepless nights in the run-up to the event, but I daresay they would agree that it was all worth it in the end.

The atmosphere was electric and the excitement was palpable. We didn’t know ’til immediately after the attempt whether we had broken the record or not and when the man from Guinness announced we had broken it everyone cheered. And what a relief that was! 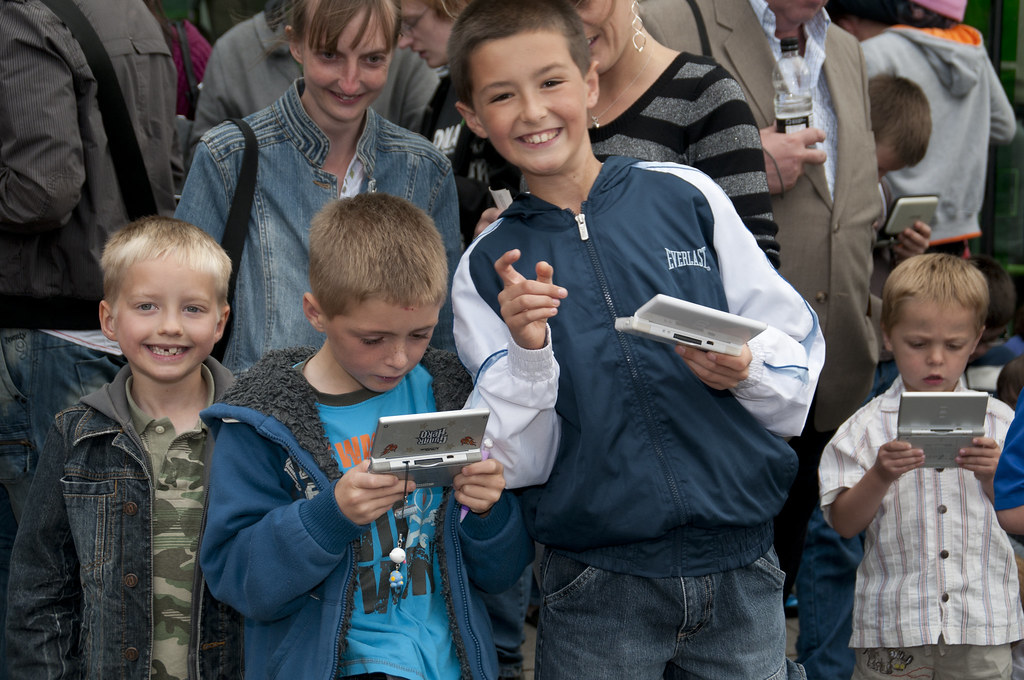 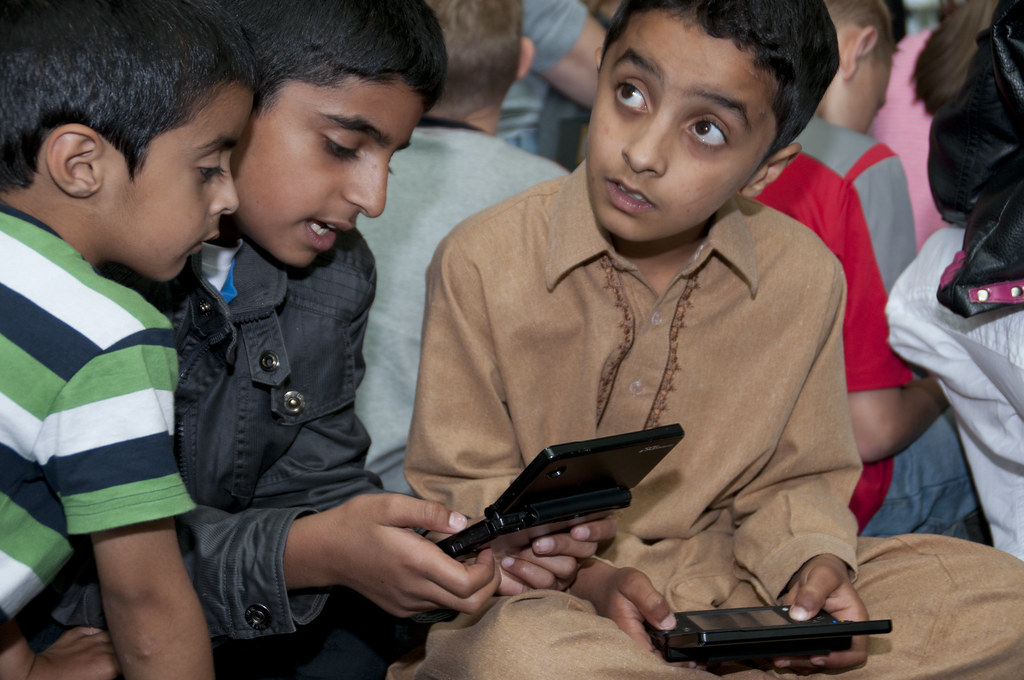 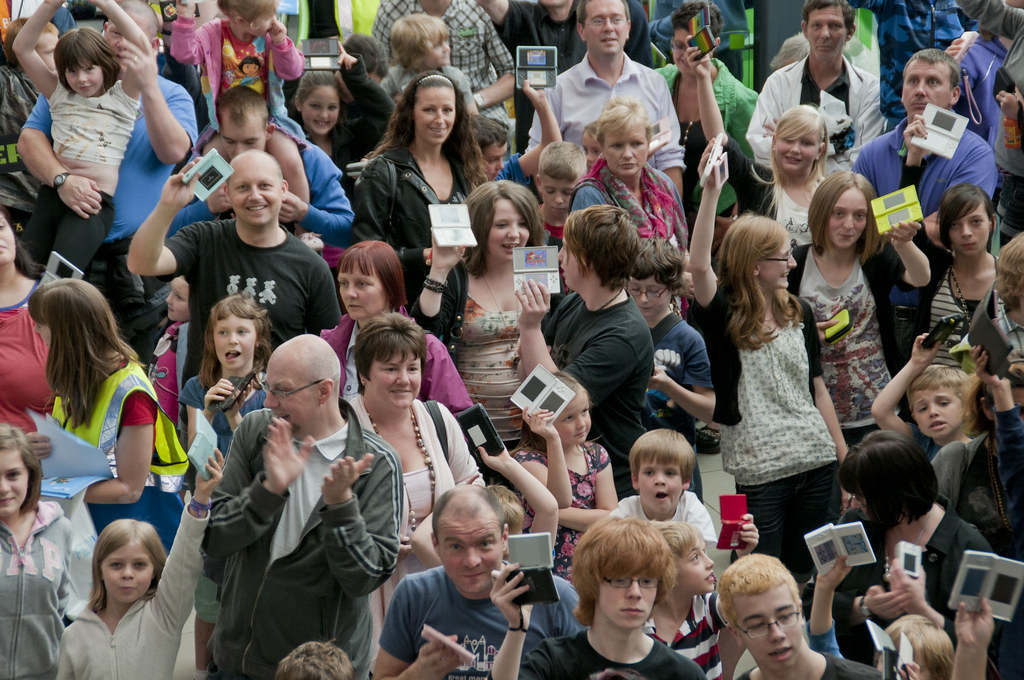 I was stood in the crowd when Gaz announced that we had broken the record, and it certainly was exciting—I don’t know what we would have done had we not taken the record, but no doubt everyone would have held their consoles in the air to celebrate a good try.

When it was all over, the proud participants collected a badge and certificate, but some remained for the Street Fighter 2 tournament in our Games Lounge. I had escaped back to the office to upload my photographs so I missed it, but I asked organiser Foz Bano for a quick report:

The [tournament] went really well with 32 players competing and Tom (Woolley—New Media Curator) got Mario to join in! It was a tightly fought contest and over the course of an hour 31 games were played. All ages got involved and Gaz Deaves from Guinness got through to the semi final but was beaten by Dhaood who went on to win.

Congratulations, Dhaood—and well done to everyone who came down on the day to support or take part in the World Record attem… no, VICTORY! 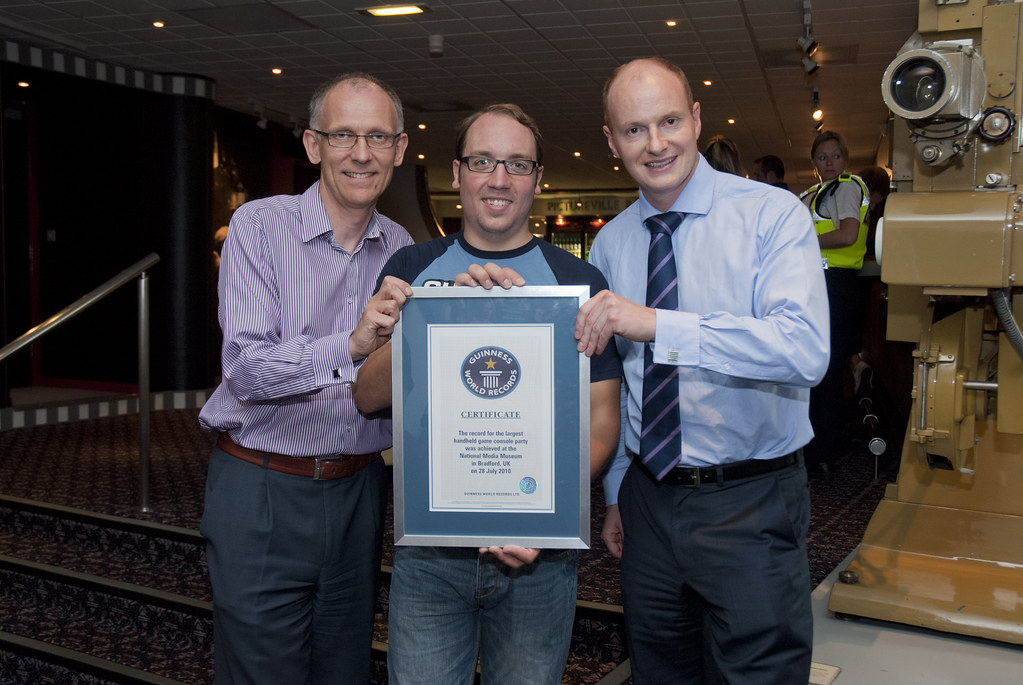