A museum in exile: The great refurbishment of 1997

Brian Liddy looks back at the Museum Exile of 1997—when all the objects in our collection (along with their curators) went on an adventure to Halifax.

I started work at what was then the National Museum of Photography, Film & Television 17 years ago. I was given a two-year contract to answer all the enquiries on any topic related to our collection.

The people I shared a house with at the time used to chuckle at some of the stories I brought home. They turned into a strand called ‘best enquiry of the day’. Remember, this is all before the days of Google. The internet was just a bairn.

I was amazed that the same enquiry would come up more than once. Every day at 14.00 I had to make sure I was at my desk. From there I would sit and peer along the corridor, into the office at the other end of the floor we were on. There, sat at their desk, would be either Jean or Nasreen. We would nod, and at the stroke of 14.00, for an hour, they would put any telephone enquiries through to me.

I could tell if there was a quiz in a magazine somewhere with a tricky question relating to photography, film or television, because I’d get numerous people calling me up to find out the answer to the same question the on the same day. And there’s no doubt that job was a great way to learn about the collection and all things to related to it; it was just one such question that taught me who the patron saint of television is. I can tell you it is Saint Clare. But I won’t tell you why. You can Google it for yourself and find out. But that tool wasn’t available to me at the time.

Anyway, I digress. The reason I was in post was because the museum had successfully bid for funds, and was due to close for a major refurbishment. That meant the entire building had to be cleared of its contents, including the collection, so that the builders could do their work.

Before I came along the curators had answered all the enquiries between them. Now they were working on the new galleries for the new build and wouldn’t have time to deal with the enquiries, which is where I came in. I would do them instead.

One of my colleagues, Paul Goodman, had scoured the region to find a place suitable to store our collection during the refurbishment. The decision was made to go to Black Dyke Mill in Queensbury. So, one of the world’s most important collections of photographic, cinematographic and televisual items was gathered up and relocated up the hill, halfway to Halifax. 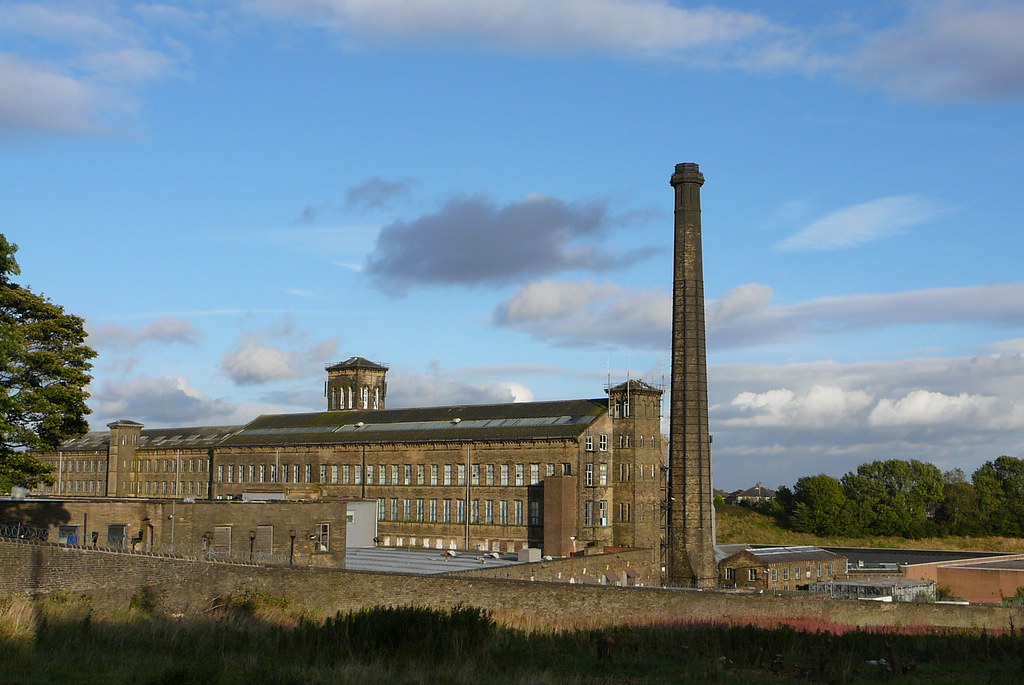 Black Dyke Mill is an enormous structure. One of the buildings upon which Bradford’s wealth and worldwide renown as a textile manufacturer was built in the 19th century.

No longer were the long, long mill floors filled with the sound of looms and weavers. In their place we had placed stacks and stacks of the most important collection of photographs, cameras, cine cameras, cine projectors, television cameras and television sets in the world. All of that, plus the curators.

Yes, that’s right. The team of people whose job it was to care for those precious objects went to Black Dyke Mill as well. And they took me with them. While the museum’s exhibition programme continued in another mill in Little Germany, the collection and those who worked directly with it, quietly worked away in one of the highest (and coldest) places in England.

The entire relocation of both staff and objects was a major undertaking. For two years my colleagues and I made the daily journey to and from Queensbury. To help us cope the museum kindly supplied us all with steel toecap shoes and thermal underwear.

It was quite a sight, to see the entire collection laid out in long straight lines receding for an entire floor of Black Dyke Mill instead of being split up in the many cabinets, shelves and rooms it had occupied down the road in Bradford. And of course, once the refurbishment was completed everything had to be taken back down the hill and given a home behind the gleaming curved glass façade the museum had acquired in our absence.

Since then the collection has continued to grow, in size as well as status. And for some reason, I’m still here. That was certainly never my plan. Paul is still here, too. And so is Nasreen. But she hasn’t had to peer at me along the corridor for a long time now. Not since the internet came along and helped people find out for themselves whom the patron saint of television is.

Oh, we still get questioned and do our best to answer. But the questions aren’t quite a zany as they once were. The questions now tend to be about items in the collection. Many aspects of photography, film and television can’t be found in a book or on a website. Some questions can only be answered by going back to the actual object or original photograph, which is why the collection is so important and can never be replaced.

2 comments on “A museum in exile: The great refurbishment of 1997”